IS IT ALL FUN AND GAMES?

The session with Rhiannon Looseley, member of the Digital Learning Team at the Museum of London, demonstrated the benefits and challenges of using digital and virtual media as part of the learning programmes. As the next generation of museum-goers are growing up with technology in everyday life, it seems sensible and appropriate to utilise these tools in their education (though, as Merete Sanderhoff points out in her paper, just because this generation have been given the title “digital natives” does not mean they automatically understand what exactly they see and read online. Museums offer a ‘truth’ in their content, which gives them an educational authority over questionably-sourced websites such as Wikipedia. Today’s children may be born into a digitally-dominant world but they need guidance in how to utilise this to its full learning potential).

The end goal for the Museum of London is for digital technology to become part of the learning tool box both inside and outside the physical building – it will no longer be considered a separate entity or alternative medium. Given the rate of technological growth and the current experimentations, this goal of becoming a “postdigital museum” sounds very achievable. The lines are beginning to blur, but museums are still very much in the transformative phase.

Using online games for educational purposes is not a new concept (I remember the BBC Bitesize games being a staple of revision during my GCSEs, a tool very much encouraged and welcomed by the teachers), however recently in the museum world, it seems to be an increasing venture with various levels of output and prerogatives. Are they successful in achieving their educational goals, or is this overlooked in favour of playing something just for fun? Is it a case of “chocolate covered broccoli”, or do they strike a balance between education and enjoyment?

As we looked at the Wellcome Collection and Museum of London’s games prior to and during the class, I decided to turn my attention to another large institution that is integrating digitalisation into their everyday practice – the Tate. Digital learning is generally aimed at children and families, but I will obviously be considering them from an adult perspective.

The Tate has an interesting and varied compendium of games on the ‘Tate Kids’ website (also listed on the regular Tate site under ‘Learning Resource’), ranging from simple drag-and-drop activities to one that uses a webcam. A star system rates the difficulty/skills level, presumably taking the depth of involvement, commitment, and concentration into consideration. It is also interesting to note the differences in art styles and graphics – from the Microsoft Paint-esque ‘Street Art’ (a game I’m not sure I agree with – should we be encouraging children to graffiti, albeit virtually?!), to the sophisticated Tim Burton-esque ‘Cuboom’. The simplistic games seem more aimed at encouraging creativity and the sharing of achievements, than learning about specific subjects.

I was most intrigued by the Secret Dancer game – a collaborative project with the Royal Ballet School, inspired by Degas’ Little Dancer Aged 14 sculpture. At the beginning, the game states it will last approximately 20 minutes, though it is possible to skip sections. The narrative is based on the ‘night at the museum’ premise, whereby the security guard sees an object – in this case, the Little Dancer – come to life after dark. The ballerina leaves behind clues and activities for her to solve, for which the prize – SPOILER – is a performance from the dancer herself. The learning element is in the story of the model and inspiration behind the sculpture, Marie van Goethem, presented in the guise of puzzles, maths riddles, and a navigational treasure hunt. The majority of the story takes place within the tanks of Tate Modern, adding an interesting – if slightly spooky – behind-the-scenes-at-the-museum element. 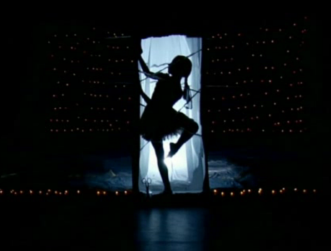 Although I am not the intended audience for this game, I nonetheless found the activities quite enjoyable. Overall, though, it did feel too long, and some of the acting and scripting was a bit ropey. The final dance was lovely to watch, but it was a rather long-winded trip to get to that point. From an educational standpoint, I did learn about the Little Dancer’s model and followed up the experience by finding more information about her online. This, in essence, is the aim for such games, though I question whether a younger audience would do the same. I can now sympathise with Rhiannon’s concerns about the challenges of creating long-form activities and being able to create narrated content that will stand the test of short attention spans. Are skippable sections the way to go? 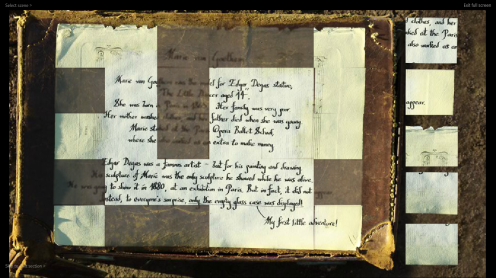 As is evident from the ages of those who have shared their finished works on Tate Kids, age is not a barrier when it comes to playing these games. Rhiannon said that digital learning tends to be aimed at children and families, but why exclude adults from this? As the Wellcome collection has shown through its compendium, it is possible to make fun, educational, and challenging games (or ‘interactives’) for adults too. Perhaps there is room for Tate to offer something in the future as part of their ongoing digital revolution. After all, adults want to have fun when learning too!

Does it matter if the ‘fun’ to ‘educational’ ratio is skewed in favour of overall enjoyment?

Is there a market for adult-oriented museum games, or are those largely intended for a young audience more universal in their ‘edu-tainment’ output?

2 thoughts on “IS IT ALL FUN AND GAMES?”